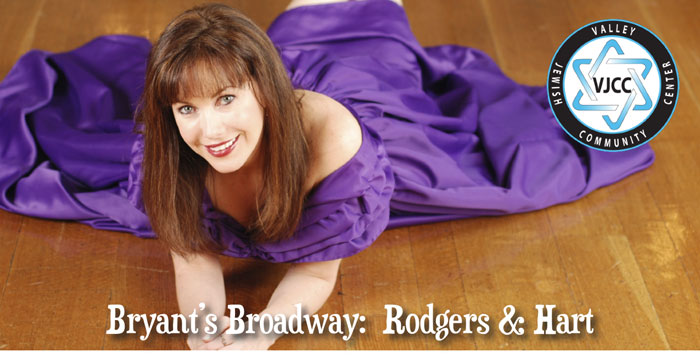 Save! Order before February 13th for “Early Bird” pricing!

From their first hit song in 1925 through their final show-stopper in 1943, the prolific team of composer Richard Rodgers and lyricist Lorenz Hart “continually redefined musical theatre with wit, freshness and intelligence.” Together they wrote 28 shows including such hits as On Your Toes, Babes in Arms, The Boys from Syracuse, and Pal Joey. Join Broadway diva Kimilee Bryant for a live, performance tribute of songs that are, “Tuneful and tasty, schmaltzy and smart – music by Rodgers, lyrics by Hart.”